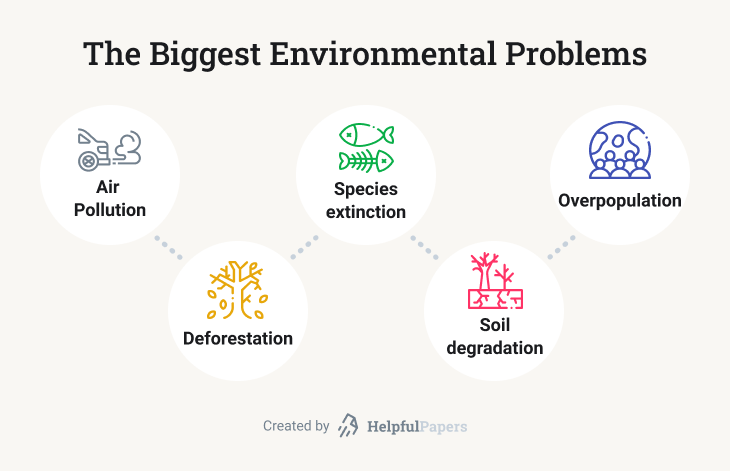 Ecology is an excellent topic for a heated dispute today. Giving rise to numerous discussions, the environment is of great interest to everyone living on this planet. It means you won’t have any difficulties choosing a topic for an ecology essay.

Check out topics in different subfields of ecology below. 10 categories, 130+ topics!

Are you ready? Let’s go!

Here, you can find a hand-picked list of the most relevant topics in ecology worthy of your attention. Those questions have emerged over the last few years but still require close attention.

However, you probably would like to study some more specific issues in detail. We have selected a wide range of ecology subfields that you might be interested in. You just need to look through all the ecology essay topics in the lists and pick one!

Don’t forget that you can alter the topics as you wish.

Taxonomy is the study aiming to classify all living and extinct organisms. That’s a lot, right?! However, there are particular methods in this field to make the process easier. The systems of botany and zoology divide all organisms into groups, which forms hierarchies. Moreover, there are internationally accepted systems, such as binominal nomenclature. Each of the living and dead bodies has its place in this system.

Applied ecology, like any other applied discipline, uses knowledge to address real problems. These problems are not necessarily only ecological but rather combine aspects of different fields.

Unlike some of the more theoretical subfields of ecology, applied ecology is where all the action happens. It studies how the newest ecological findings can be used for real-world issues.
It appears that this area of research is also closely related to conservation ecology. Besides, applied ecology focuses on habitat and agroecosystem management, restoration ecology, and ecosystem restoration.
This field is worth digging into, so we prepared some of the most interesting ecology topics in this section!

This branch of ecology had only recently started developing but already found some useful applications in the field. Conservation ecology deals with the means of preservation of biodiversity and natural resources.
You may have heard about the current sixth extinction. Well, conservation ecology is one of the ways humanity uses to slow it down. This field uses other disciplines such as biogeography, environmental ethics, and even genetics. If you want to work with some of the most critical topics in ecology, check out the list below!

Functional ecology studies how ecosystems function. However, it is not the whole truth. The thing is that this subfield focuses on how different species influence the environment they inhabit. Special attention is brought to their natural traits. For example, the specialists would study how some plants’ defense mechanisms alter the way their ecosystems operate.

An ecosystem is a complex of living organisms. Ecosystem ecology studies not only the organisms themselves but also their physical environment. A significant focus of this subfield is all the interactions and dependencies that happen in a specific ecosystem.

The science of living organisms deals with massive areas. Terrestrial ecology is all about ecosystems based on land.

For example, a desert and a rainforest are in the focus of its study. However, terrestrial ecology covers a lot more details than you might expect. The experts look into all the living organisms in the chosen area, their interactions, and their role in the cycles.

This sub-field is a counterpart of the terrestrial ecology.

Aquatic ecology is the study of ecosystems located in the different kinds of water. It focuses on the interactions of all the living organisms found in the bodies of water.
Besides, aquatic ecology also considers the effects of temperature, oxygen, and nutrient concentration as the factors that directly affect the habitat. We would not be surprised if this section appears to contain some of the most interesting ecology topics!

Even the tiniest living organisms influence our planet. Microbial ecology looks into microorganisms’ processes and how their communities colonize abiotic surfaces.
Moreover, it is fascinating to learn how they interact with each other in that environment. The study of microbial ecology is quite broad. It covers micro-flora in animal and human guts, prokaryotes and eukaryotes with complex yet exciting relationships, and even genotypically complicated biofilms. Find out what other ecological topics you can study in this field!

As we all know population can either grow or decrease. The study that deals with the levels of species populations is called populational ecology.
It tries to explain how they interact with the environment. One of this sub-field aims is to track and examine such aspects of population rates as birth and death and migration processes. The dynamics of species are constantly changing in different areas, and it is essential to track and analyze them. Dive into this study!

Organismal ecology focuses on specific individual organisms and, more importantly, their interactions with the physical environment. Researchers of this field study how particular organisms interact with each other and change their behavior over time.

Evolutionary ecology looks into how species evolve and adapt to environmental changes. Mainly it focuses on predators, prey, and mutualists.
Evolution studies how species change genetically over generations but rarely attempts to question the underlying mechanisms. Evolutionary ecology is what aims to find those answers. Therefore, if you’re fascinated by how prey adapts to avoid death from predators, this section is for you! Find some of the finest topics in ecology below.

This sub-field of ecology might seem hard to understand. However, we always know how to make things easier!
Behavioral ecology studies how organisms interact with each other and the environment. In most cases, it concerns evolutional processes. Long story short, if you choose this area, you will be analyzing how species cooperate and compete with each other.

In case you cannot find anything that catches your attention, there are other sources of inspiration. The best ideas usually come from the themed magazines and scientific journals. They have fresh materials to help you navigate and check the most recent discoveries on your interest topic.

Wow! You are a hero if you read all topics.

Hopefully, you were not scared with the complicated language of some of them.

Did you manage to find your theme? Or did you get inspired for writing?

Anyway, this was a helpful paper, offering multiple ways to explore ecology and its wide variety of questions.

Good luck with all your writings 😊

You are very well explained all the topics. it would great help for those who is going to write an essay. But without professional help it would be uncompleted.

give me the research topic for ecology